Featuring Chris Rock, Jerry Seinfeld, Amy Schumer, Kevin Hart, Bob Saget, Jamie Foxx, Sarah Silverman, Jerry Lewis, Steve Coogan, Bobby Lee, & the late Garry Shandling, DYING LAUGHING is a candid look inside the agony and ecstasy of making people laugh for a living. A stand-up comedian must be the writer, the director, and the star performer. There is no rehearsal, no practice, and no safety net when you’re in front of a live audience. For most people, baring their soul on stage and having an audience “boo” at you would become a life-long trauma, but for stand-up comedians, it’s a nightly challenge.

The funny and heartfelt documentary contains original interviews interlaced with personal footage of life on the road – all from a comedian's point of view. Once you take this step behind the curtain, you will never look at these funny folks the same way again. 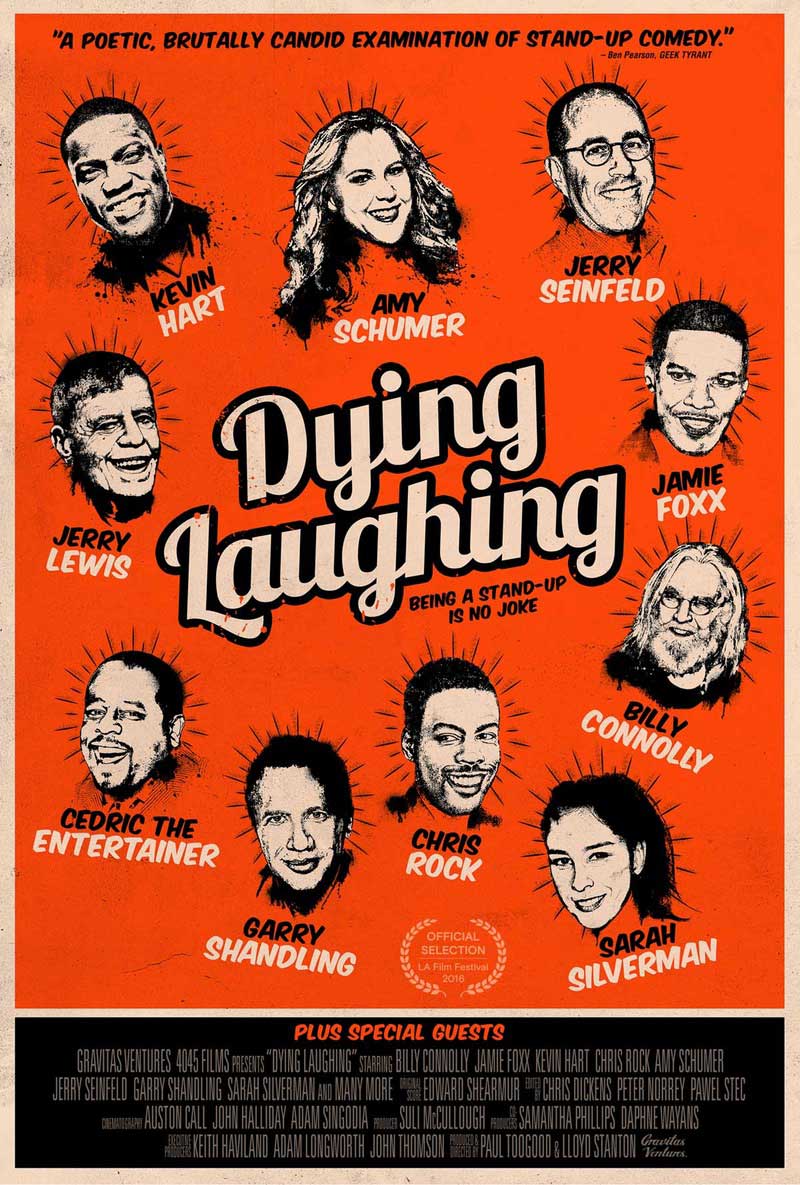 Gravitas Ventures is a global entertainment distribution operation with the ability to connect filmmakers and producers with consumers through hundreds of media platforms throughout the world. As we celebrate our 10th anniversary this year, we have had the honor to collaborate with thousands of artists to share important films with global audiences.